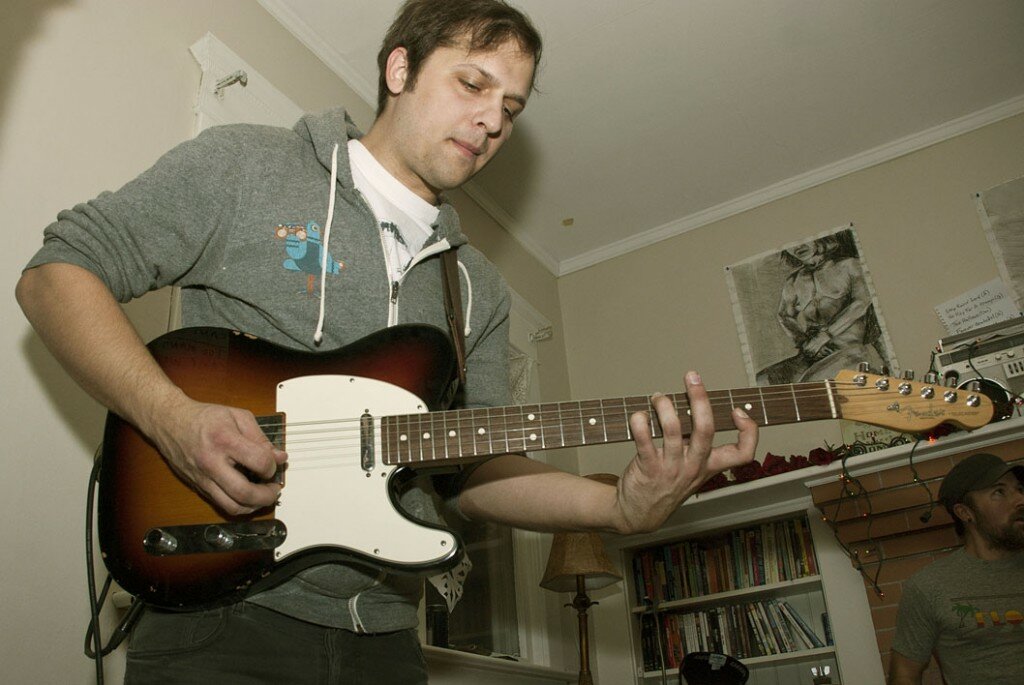 Calgary’s independent music community suffered a great loss this week when musician Chris Reimer of the group Women passed away suddenly in his sleep on Tuesday.

Having been largely absent from the local scene here in Calgary the past few years, I never got the chance to see Women live. I didn’t know Chris personally, and I never even had the pleasure of meeting him, which from the tributes I’m reading, is a shame. However, I came to the realization that this quasi-journalist/blogger/local music lover has actually witnessed Chris in action, a long long time ago.

In 2003, I was walking from my apartment down on 12th Ave. SW with a friend, headed out for a night of music, booze and whatever else would tickle our cockles when we heard this wonderful noise coming from…where was that coming from? After distinguishing where the music was coming from, the two of us cut through the parking lot of the Lorraine and emerged in the back alley behind Broken City to find a band, fully set up and playing out back. They were fucking awesome. We stood and watched in awe of this amazing public display of musical expropriation, that is until the then owner came out and gave the members of Veritas shite for causing a public nuisance on their property and told them to get the fuck out before the venue would be fined by the city. Oh, and they were also told they were banned from playing Broken City.

Turns out, the whole thing stemmed from the group being punted off the bill (which after all these years I’ve discovered was a CJSW fundraising show which featured over a dozen bands) and taking matters into their own hands. They shared a beer with us, tossed me a CD and we all quickly departed before the authorities arrived.

I never stopped listening to that little burnt CD. I’ve ripped it into MP3s which reside on my iPod to this day (and which I’m listening to as I write this article). I’ve even played them on the podcast not once, but twice! I’ve always lamented over never seeing them live again. I would later learn that members would go on to form Azeda Booth and Women but never managed to get my shite together to see them play in these incarnations and with Chris’ death that makes me sad. But after reading all of the wonderful memories from people who did know him, and watching the tribute video below, I take comfort in knowing that his influence, inspiration and spirit touched people not only here in our fair city but around the world.

Please visit this memorial site set up by his sister Nikki. It contains many wonderful memories, stories and photos: http://christopherjohnjosephreimer.com/

2 thoughts on “Video of the Day: In Memory of Chris Reimer”

Switch to our mobile site